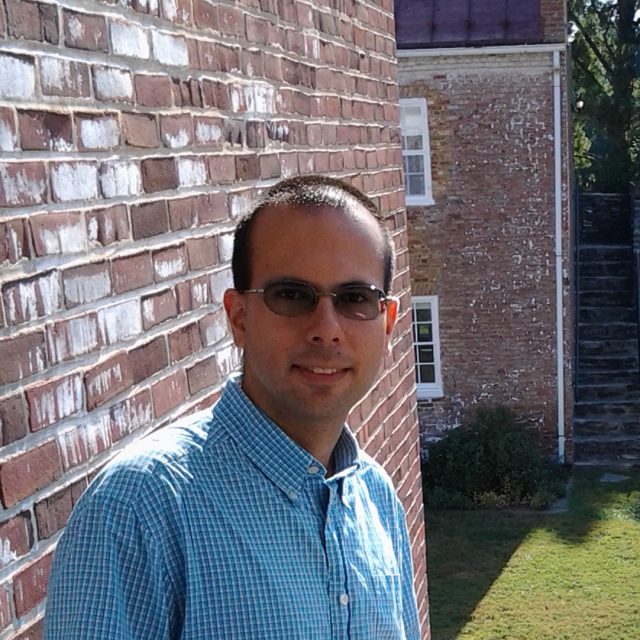 Hi there. My name is Andrei Ionuț Mărășoiu and I received a PhD in Philosophy from UVA in 2019. My main projects of late have concerned the nature of understanding and of ’Aha!’ experiences.

I started out in philosophy as the student of a centennial high school who would rather read in the park than learn for his final exams. It stuck with me.

At 16, I attended Centrul de Excelenta in Filosofie, where I now hold lectures and seminars from time to time. I’m happy and grateful to see its students are brighter, more informed, and more open minded than I was nearly 20 years ago.

My alma mater is the University of Bucharest, where I got a BA in Philosophy (2008) and MA in the History and Philosophy of Science (2010). Out of my BA studies grew an affection for logic and critical thinking that afflicts me to this day.

Now I hold an ICUB Fellowship for Young Researchers at the University of Bucharest, with a project on the nature of “Aha!” experiences. I received a PhD from the University of Virginia in 2019, titled “What is it to understand?” Still looking for an answer, but I made some progress with asking the question.

Before that, I received an MA in Neurophilosophy from Georgia State University in 2013. This gained me an interest for the minutiae of conscious experience, and in what light cognitive psychopathology may shed on how experience meets cognitive function and plasticity.

This past year, I have also been a high school instructor in Logic (9th grade) and Philosophy (12th grade), and taught an undergraduate course in Critical Thinking and an MA-level course in Ontology. In my spare time, I play amateur chess, listen to lieds, take long walks, and I sometimes dabble in cooking.

What gets to count as conceptual

Pleasures of the intellect revisited

This website uses cookies to improve your experience while you navigate through the website. Out of these, the cookies that are categorized as necessary are stored in your browser as they are essential for the working of basic functionalities of the website. We also use third-party cookies that help us analyze and understand how you use this website. These cookies will be stored in your browser only with your consent. You also have the option to opt-out of these cookies. But opting out of some of these cookies may affect your browsing experience.

Performance cookies are used to understand and analyze the key performance indexes of the website which helps in delivering a better user experience for the visitors.

Analytical cookies are used to understand how visitors interact with the website. These cookies help provide information on metrics the number of visitors, bounce rate, traffic source, etc.

Advertisement cookies are used to provide visitors with relevant ads and marketing campaigns. These cookies track visitors across websites and collect information to provide customized ads.

SAVE & ACCEPT
Powered by